One of my passions is collecting toys, mostly 80's-early 2000's but I have some modern ones too. Let's take a look!. Not everything here are pictures I've taken myself, but I try to fit them in when I can!

I love love love magical girl shows! I plan on making seperate pages about specific shows, but for now, here are some of my misc. items.

My biggest collection is probably my Sailor Moon stuff. 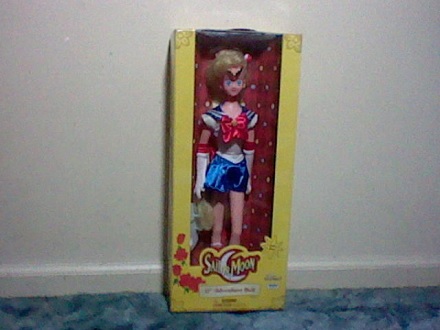 I consider this to be a crown jewel of my collection. 17-inch tall Sailor Moon doll, made in 2000. This is an American release, as all of my fashion dolls are, currently. 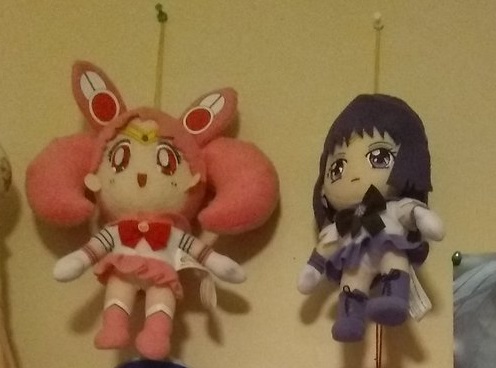 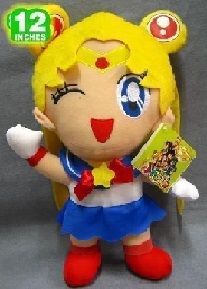 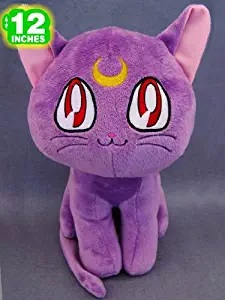 These are some plushies! Sailor Chibi Moon and Sailor Saturn are both newer merch by Great Eastern. Usagi and Luna are both bootlegs, but they have a special place in my heart because I recieved them as gifts when I was about 8 years old. 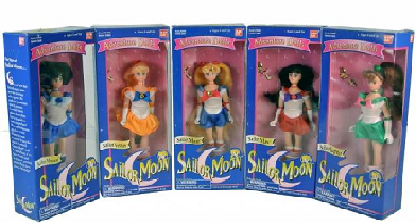 I have an almost full set of the mini adventure dolls (I lost Venus as a little kid). It's a mix of Irwin and Bandai dolls, though. Mars and Jupiter were Bandai releases, while Moon, Mercury, a second Jupiter, and the missing Venus were Irwin. 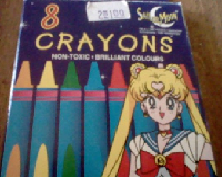 Debatable on if you want to count these as toys, but a friend did gift me a back of Sailor Moon crayons she found in a shed. 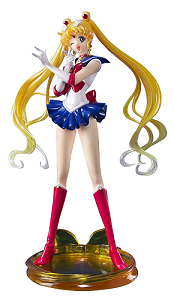 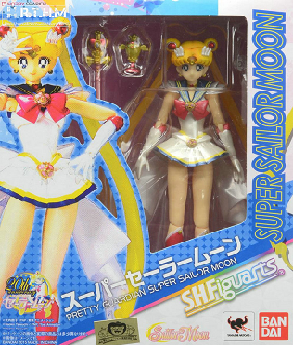 I love PreCure! My favorite season is Smile PreCure!. 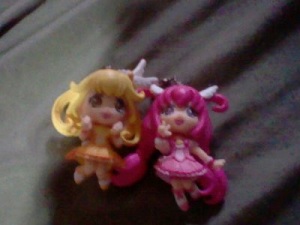 Two small keychains I own of Cure Peace and Cure Happy! (I might have lost Cure Peace somewhere in the city of Baltimore though :( ) 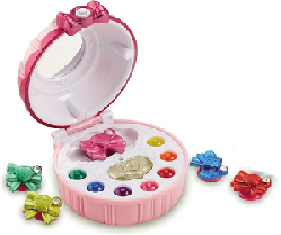 The Smile Pact is the transformation item. It is currently the only magical girl transformation item I own, but I love it to death. I own the Korean release, which is the same as the Japanese, only it has a different sound chip. I'm still glad I have it, though. 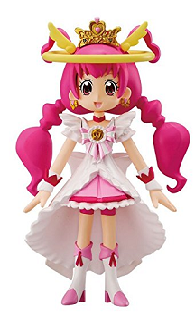 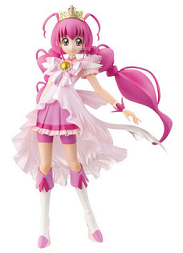 These two Cure Happy figures! One is a Cure Doll, the other was a UFO prize figure. Both are very cute. 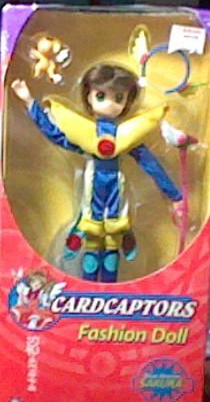 Here is a mint in box doll! She is from 2000 and was produced by Trendmasters, even still had the KB toys price sticker on it when I recieved it from eBay. 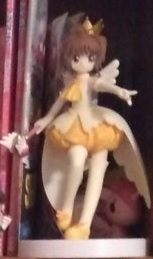 Here is another figure! This one is of Sakura in her outfit from the second opening.

Now we get into the less "geeky" toys. I always thought bears were adorable and when you combine anything with pastel colors, you can't go wrong. 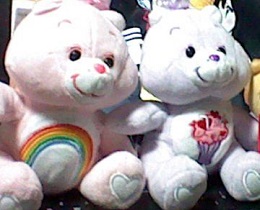 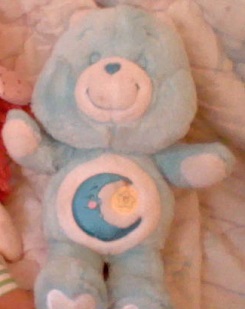 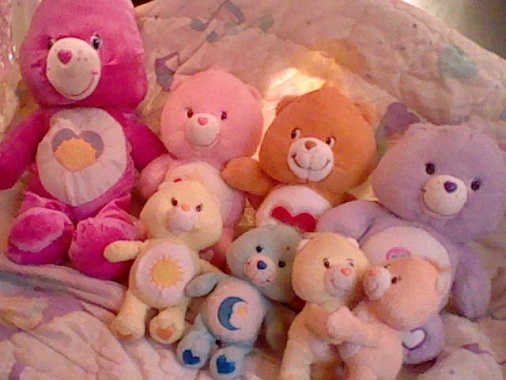 First off, we have two mini-bears, Cheer and Share. These two are from 2017, but are stylized after the classic bears. Next, we have my onky 80's bear, a Bedtime. I love his closed eyes, definetely adds to the "sleepy" image. Lastly, we have one group shot. The big magenta bear is Shrine Bright bear. The next three along the back are Love-a-Lot, Tenderheart, and a modern design Share (modern Share's belly badge had two lollipops, while 80's Share had the milkshake). Love-a-lot and Share are unique in that they both glow in the dark. The smaller bears in the front are Funshine, and a smaller Bedtime. The last one is technically two bears They are from the "Cuddle Pairs" line, and it's two bears sewn together to be hugging. These bears are another Funshine and Friend bear. 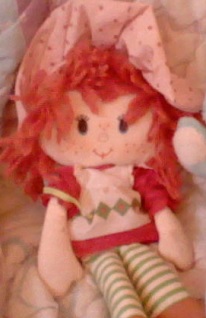 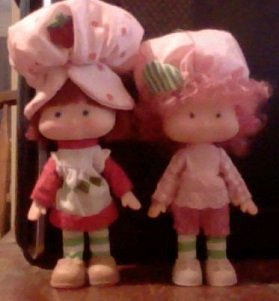 My collection here is pretty small, but I hopw to expand too. First, we have an 80's plushie of Strawberry. Next, I have two 2017 reproductions of Strawberry and Raspberry Torte.